The British Minister for Media and Data, Mr. John Whittingdale, has been selected to head up the UK’s long-awaited reform of Gambling Act 2005.

We’ve reported on this subject many times, and many in the industry (and further afield) will be glad to see it finally taking shape.

The United Kingdom Gambling Commission (UKGC) has been given increased powers over the years and isn’t afraid to fine operators for breaking existing rules.

However, this is not the same as a complete reform of the law, which sets things in stone and can make sweeping changes in ways a regulator could never do on its own.

A spokesperson for the Department of Digital, Culture, Media, and Sport told UK newspaper The Guardian that they would be carrying out “a comprehensive, evidence-led review of the gambling act to ensure that legislation is fit for the digital age.”

The Guardian is a well-known left-leaning and investigative newspaper in the UK and around the world. It broke the story last week through an exclusive source.

If you know your UK gambling legislation over the past few years, or even politics in general, you may remember the name John Whittingdale.

He’s a well-known figure in the UK gambling sector, so the country’s Betting and Gaming Council was positive about the appointment.

“John commands huge respect and he is a formidable politician who brings a wealth of experience and knowledge. The BGC represents the bulk of the regulated sector – from high street betting shops, casinos, online gaming and bingo – and we look forward to working with him” the BGC’s chief executive Michael Dugher said in a statement.

“The BGC has warmly welcomed the Government’s Gambling Review, which is a golden opportunity to build on the work we have already done on raising standards, promoting safer gambling and driving big changes across the industry” he finished.

However, not everyone was so positive about the news. Mr. Whittingdale has had some controversial moments commenting on gambling throughout his Westminster career.

“Given the new appointee has a history of being strongly supportive of the industry, I very much hope he will be focused on the evidence and not influenced by aggressive industry lobbying”

The “support” she refers to goes back as far as 2012—at least in the public eye.

In that year, Whittingdale headed a report that went against the winds of public and political opinion and suggested installing fixed-odds betting terminals at bingo halls, standard amusement arcades, and motorway service areas.

That year, he was in the papers again after telling an industry conference that the media was wrong to call those machines “the crack cocaine of gambling,” as they often did in 2012.

Although the UK is still a strong market for online and offline gambling, public opinion in the country is overwhelmingly in favor of gambling reform.

Mr. Whittingdale then voted against the reform of said fixed-odds betting terminals under Theresa May’s government.

However, he was once again on the losing side of the vote – and the machines had their maximum stake reduced from £100 to £2 in 2018.

Whatever is going to happen to the UK’s gambling sector over the next year as the report is published and reforms begin, we’ll be here to update you at online.casino/news. 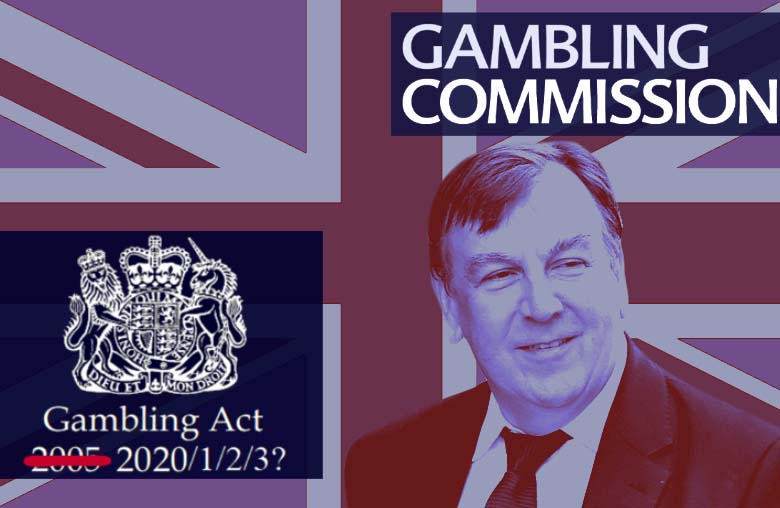 Caesars to Sell up UK Division of William Hill