This is my review of Casino Empire.

Online casinos always have interesting names. Some are focused on being down-to-earth and trying to appeal to the public at large that way, while others give off a more superstar-like grandiose vibe. With Casino Empire, I probably do not have to go into much detail on which one of the groups this particular name belongs to. Casino Empire sounds like the best and largest online casino in the world, but it would be foolish for us to just take this at face value. That is why we have these casino reviews where we dive deep into what makes each casino tick!

Casino Empire was founded by Geomatic Marketing NV in 2018. By the time I got to see this casino for the first time, they had been around for 2 to 3 years. This is long enough for any casino to show its true colors, meaning that we are definitely dealing with a finished product here—outside of new games being added monthly, of course!

Looks and feel of Casino Empire

Casino Empire Casino’s tagline reads “Royal Gaming,” which further adds to the idea that this is the place to be if you want to partake in some high-quality online gambling. The images on the site actually bring to mind Game of Thrones, though, which means that this is not just your average empire—it is one of those medieval-themed casinos! Regardless, you can see that a ton of effort has been put into making Casino Empire stand out and look aesthetically pleasing.

Not only does Casino Empire look great, but it also has all the features that you would want from a modern online casino. Game providers can be found conveniently listed and customer support can be accessed easily and effectively.

If you are the kind of online casino enthusiast who is always looking for the next great welcome offer, your search might just end here. Casino Empire boasts a five-tiered welcome bonus with 200% and 100% bonuses waiting for your first deposits. The next three deposit bonuses are only worth 50%, however, so this might be where the buck ultimately stops for most bonus-hungry players.

Since Casino Empire only has a Curacao license, the wagering requirements were rather hard to find as less strict regulation gives casinos more leeway with stashing their term aways. It is 50x wagering that awaits anyone playing at Casino Empire.

Casino Empire’s grandiose name is somewhat tainted by how limited the game selection here is. While there are around 14 game providers to choose from, most of these are lesser-known providers with fewer hits than your average Play’n GO or NetEnt would. The only really notable providers that I found here were Betsoft, Microgaming, and maybe Playson. Granted, even these few names can probably last a session or three for you, but after this, mixing things up would certainly be much appreciated.

The live casino section is a little bit barren as well with only Vivo Gaming tables present. Then again, you do still have your choice between tables such as blackjack, Casino Hold’em, Baccarat, Roulette, and others.

Since I had never heard of Geomatic Marketing, the company behind Casino Empire, before this review, I wanted to snoop around the Internet to see if I could find any dirt on them. Sadly, I did manage to find people testifying against this casino’s safety and security and their withdrawals being boomeranged back to them for no real reason. Some people could shrug off these kinds of accusations, but since the casino does not have stronger licensing than Curacao, I would encourage you to be extra careful when playing here. To be honest, I have quite a bad feeling about them myself…

Banking methods such as Mastercard, Bitcoin, Visa, Neteller, and Paysafecard await you at Casino Empire. When asked about the withdrawal speeds, the casino support sent me an elongated copypaste answer explaining all the various things that might lengthen the process. I then asked for a shorter answer and was told that it takes 24 to 48 hours for the system to process requests and less than 21 days for departments to check everything. These are obviously absolutely ridiculous time frames as some casinos will process your withdrawals in minutes!

Getting a hold of Casino Empire customer support is easy as they are said to be available 24/7/365.

My experience at Casino Empire Casino

Casino Empire did have a couple of redeeming qualities, including its nice and crisp visuals. As we all know, however, looks are only skin deep. I had suspicions throughout my experience at Casino Empire, but it was the ridiculous withdrawal speeds that really broke the proverbial camel’s back. Since some online casinos will process your withdrawals in mere minutes, there is no excuse for Casino Empire staff taking three full weeks!

If I were you, I would avoid Casino Empire, and find some other online casino in our database. 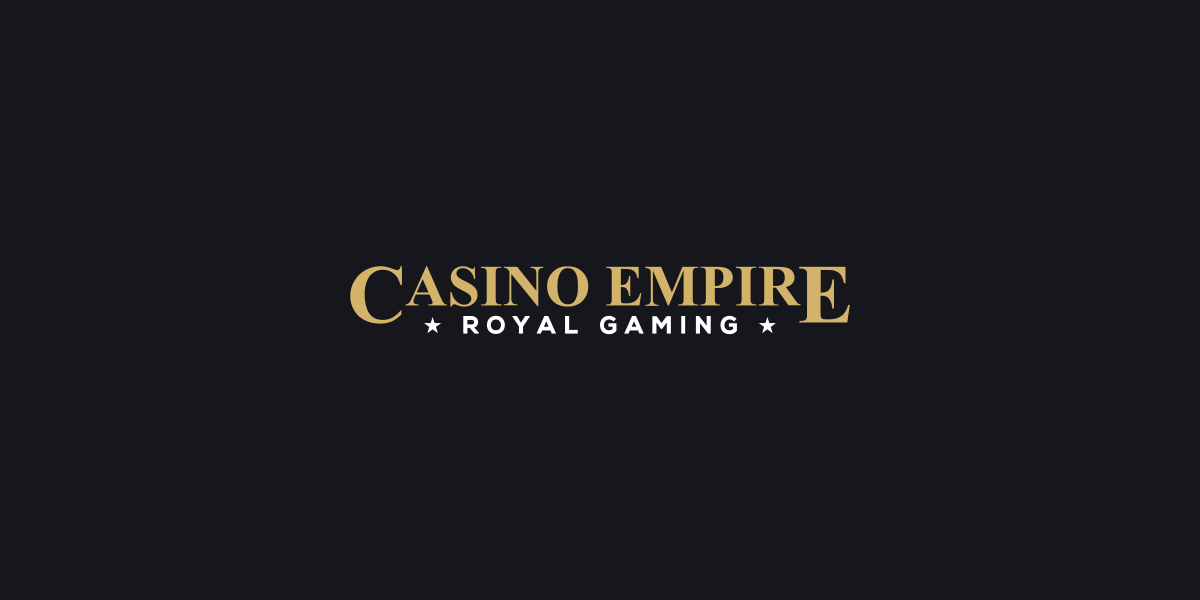 Can I trust Casino Empire?

To be honest, we don't think that you can trust Casino Empire, they have a poor Curacao license and they have a lot of bad reviews about them.

Which license does Casino Empire have?

Casino Empire operates with a Master License that has been authorized by the Government of Curacao with license number: 365/JAZ.

Who is the operator of Casino Empire?

The owner and operator of Casino Empire are Geomatic Marketing N.V, they own a large number of other casinos, NetBet and Wildz are two of them, just to mention a few.

Can I withdraw my bonus balance on Casino Empire?

Yes, you can withdraw your bonus balance on Casino Empire after the wagering requirements of 50x have been completed.