Ainsworth Games Technology is an Australia-based slot manufacturer. Its games can be considered a spiritual successor to the old Aristocrat slots, as both companies have been heavily influenced by their founder, Len Ainsworth. Headquartered in Newington, New South Wales, Ainsworth operates in Australia, Asia, North America, and Latin America. Its slots are also available in Europe, where they are distributed by Austria-based Novomatic.

Ainsworth slots have been approved for the relevant markets by a wide range of high-profile licensing bodies, including the Malta Gaming Authority, United Kingdom Gambling Commission, Alderney Control Gambling Commission, and Nevada Gaming Commission. The company is listed on the Australian Securities Exchange under the code AGI.

Ainsworth slots are available in well over 200 casinos operating in 30 countries. Some of the biggest sites that offer Ainsworth games include bwin, bet365, Coral, BetVictor, and PartyCasino. In addition, cryptocurrency enthusiasts can enjoy the latest Ainsworth releases at BitStarz.

The company is also present on the regulated US market thanks to a partnership deal with GVC holdings.

Ainsworth’s library consists of 100+ slots released between 2013 and now. All the available titles are powered by HTML5, which makes them compatible with a wide range of devices, from desktop computers to tablets and modern smartphones. Much like Aristocrat products, most Ainsworth games were technically impressive at the time of their release. Unfortunately, some of these titles are now seven years old, which makes it hard to be awed by them.

Twice the Diamonds – 5×3 layout, 30 paylines, medium volatility. Trigger the Free Spins with payout multipliers and fill the reels with Wilds in this luxury-themed slot. The symbol designs include various kinds of diamonds and the traditional card-based fare. What stands out in this slot is the adrenaline-pumping soundtrack, which serves as a perfect background for the effects triggered by various kinds of payouts and reel events.

Mustang Money RR – 5×3 reels, 25 paylines, high variance. This updated version of the 2013 classic is a vast improvement over its predecessor in terms of visuals, sound effects, and gameplay. The RR stands for Raging Roosters, a new bonus feature that allows the player to field an animated fighting cock in up to five bouts for an additional payout. Despite the high volatility, this game comes with an RTP of 96.08%, which makes it well-suited for profit-seeking players.

Amazon Gold – 5×3 layout, 30 paylines, medium volatility. This jungle-themed slot was released in early 2020, so the production values are absolutely top-notch. Like in most Ainsworth slots, the gameplay is somewhat formulaic and revolves around trying to hit at least three scatters to trigger the free spins bonus round. Fortunately, the eye-catching animations and RTP of 96.54% are likely to make up for this shortcoming for recreational gamblers who enjoy extended play sessions.

The biggest draws of land-based Ainsworth cabinets were always their powerful hardware and excellent production values. The problem with porting such games to an online casino environment is that they need to load fast on all kinds of systems using a wide range of internet connections. Online Ainsworth slots can’t be as big as their cabinet-based counterparts, which translates into lower graphical fidelity.

Fortunately, Ainsworth developers are now experienced enough to mitigate this issue by cutting corners in a smart manner. They don’t butcher their games by removing entire animations or replacing well-known designs with badly redrawn low-resolution simulacra. Instead, they remove a few frames here and there, stick to the original art style, and do a decent job at preserving the spirit of their slots regardless of platform limitations.

Despite these valiant efforts, the oldest Ainsworth ports haven’t aged well. This is because HTML5 slots underwent a rapid evolution that is incomparable to the linear progress made in the land-based slot hardware world. Thus, if you’re planning to play Ainsworth slots, we recommend sticking to post-2017 games.

Ainsworth Games Technology was founded in 1995 to produce high-end land-based gambling machines. In 2001, the company released its first flagship multi-game slot cabinet, the Ambassador, which was capable of delivering highly-animated graphics on a large screen thanks to its powerful hardware.

The Ambassador established the trend of Ainsworth machines being well ahead of the curve in terms of raw processing power at the time of their release. Other landmark cabinets in this line of products include the Ambassador SL (2007), the A560SL (2013), and the A600 (2015).

Ainsworth slots weren’t ported to online casinos until 2013, but with a large portfolio of land-based games to work with, the company was quick to catch up to its competition. Thanks to a regular release schedule, the number of internet-ready slots grew to over a hundred within a couple of years.

In 2017, Ainsworth signed a cross-licensing agreement with International Game Technology, the largest slot producer in North America. This all but guarantees that the company will stay on the cutting edge of the iGaming industry for the foreseeable future.

Ainsworth is expected to unveil a new line of cabinets at ICE London 2020. 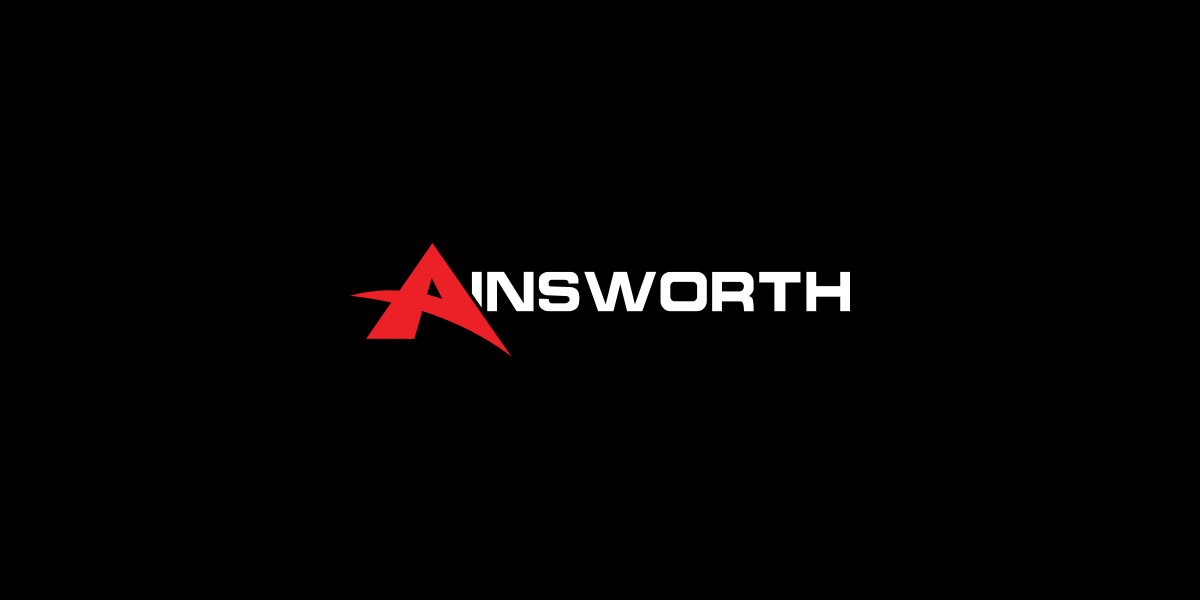