Realistic Games is a game developer based in Reading, Berkshire, UK. It develops online slots and table games.

Realistic Games originally operated as a third-party provider after launching in 2002. However, it began publishing games under its own name by 2009.

In 2019, this developer formed a partnership with Microgaming. This deal lets Realistic distribute games via the Quickfire platform.

Realistic Games holds licensing with many jurisdictions, such as the UK Gambling Commission, Gibraltar Betting and Gaming Association, and Malta Gaming Authority.

This developer supplies games to nearly 200 online casinos. Some of the casinos with Realistic Games are Casino Joy, Vegas Hero, SpinShake, Jambo, CasinoRedKings, and
Red Spins.

Realistic only operates in regulated markets. That said, the average Realistic Games casino holds licensing in one or more jurisdictions.

This provider offers a few dozen online slots through its Realistic Games Library (ReGaL). Many of these slots are basic three-reel or five-reel games with paylines.

The typical Realistic slot also features average or below-average graphics. For example, Hot Cross Bunnies—despite its relative popularity—looks like it was developed two decades ago.

Despite the rudimentary look of some games, the ReGaL boasts redeeming qualities. It showcases some original themes and features.

Super Graphics Upside Down aptly offers a bonus round where the reels flip upside down. This game also features a fun Japanese gameshow angle.

Snakes & Ladders’ bonus sees gamblers roll dice and advance on a board to claim prizes. It also perfectly embodies the board game that it’s named after.

Realistic Games isn’t afraid to pay out big prizes. Slots like It Came from the Moon and Tutankhamen are very generous with maximum payouts.

Funky Spin – Released in 2019, this game is the first progressive slot from Realistic Games. It offers a psychedelic 1960s theme and three progressive jackpots.

Realistic Roulette – This developer draws its name from the realistic table games it produces. Realistic Roulette, which offers 3D graphics and authentic views, is a prime example of this point.

Super Graphics Upside Down – This five-reel, 20-line game features anime graphics and a gameshow angle. The bonus round delivers 15 free spins and flips the reels upside down.

Tutankhamen – Tutankhamen is a five-reel, 20-line slot that represents one of Realistic Games’ best visual efforts. It boasts a top payout worth 40,000x the line bet and scatter payouts worth 500x the overall stake.

Fun bonus rounds – This developer delivers interesting bonuses that go beyond free spins. For example, It Came from the Moon sees players try advancing to a mothership through a pick’em round.

Unique themes – Realistic Games covers a broad range of interesting angles. Some of its themes include archery, board games, gameshows, high-rise buildings, pentagrams, and riverboat gambling.

Andy Cattrell launched Realistic Games in 2002. His company started in the shadows by developing third-party content for other providers.

In 2009, this provider began publishing its own games through the Regal Games Library. The ReGaL allows the company to deliver games directly to casino operators.

Realistic Games has since produced several popular slots under its name. Hot Cross Bunnies, It Came from the Moon, and Super Graphics Upside Down are among its biggest hits.

Despite its ability to release games through ReGaL, this developer signed a distribution deal with Microgaming in 2019. This partnership helps Realistic Games potentially reach 400+ online casinos. 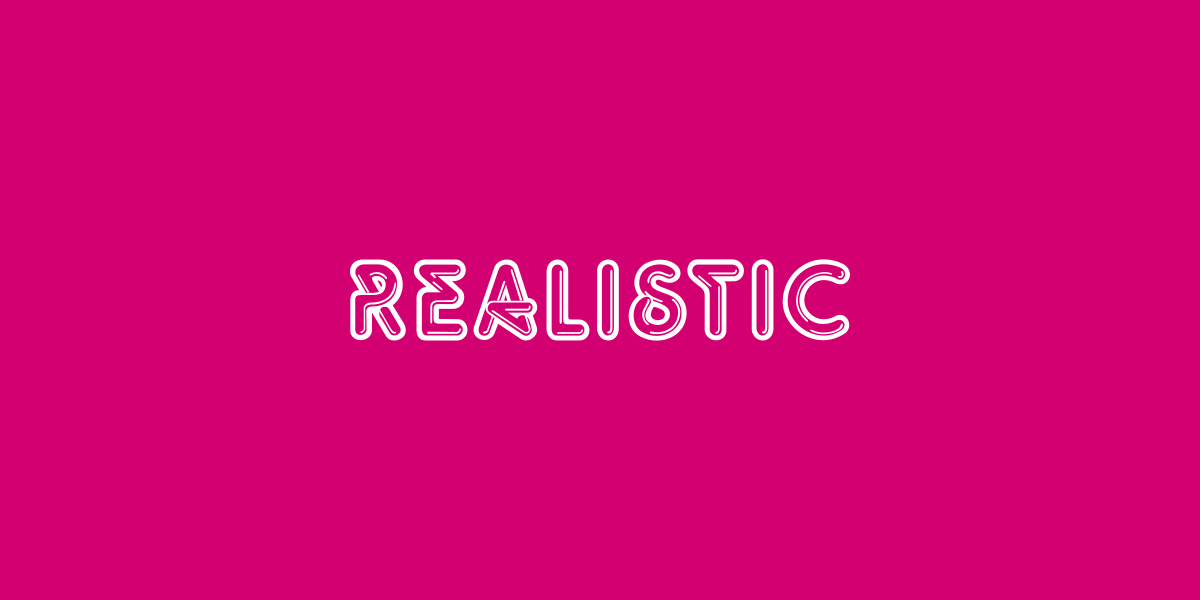